a collection of unusual screenshots taken from 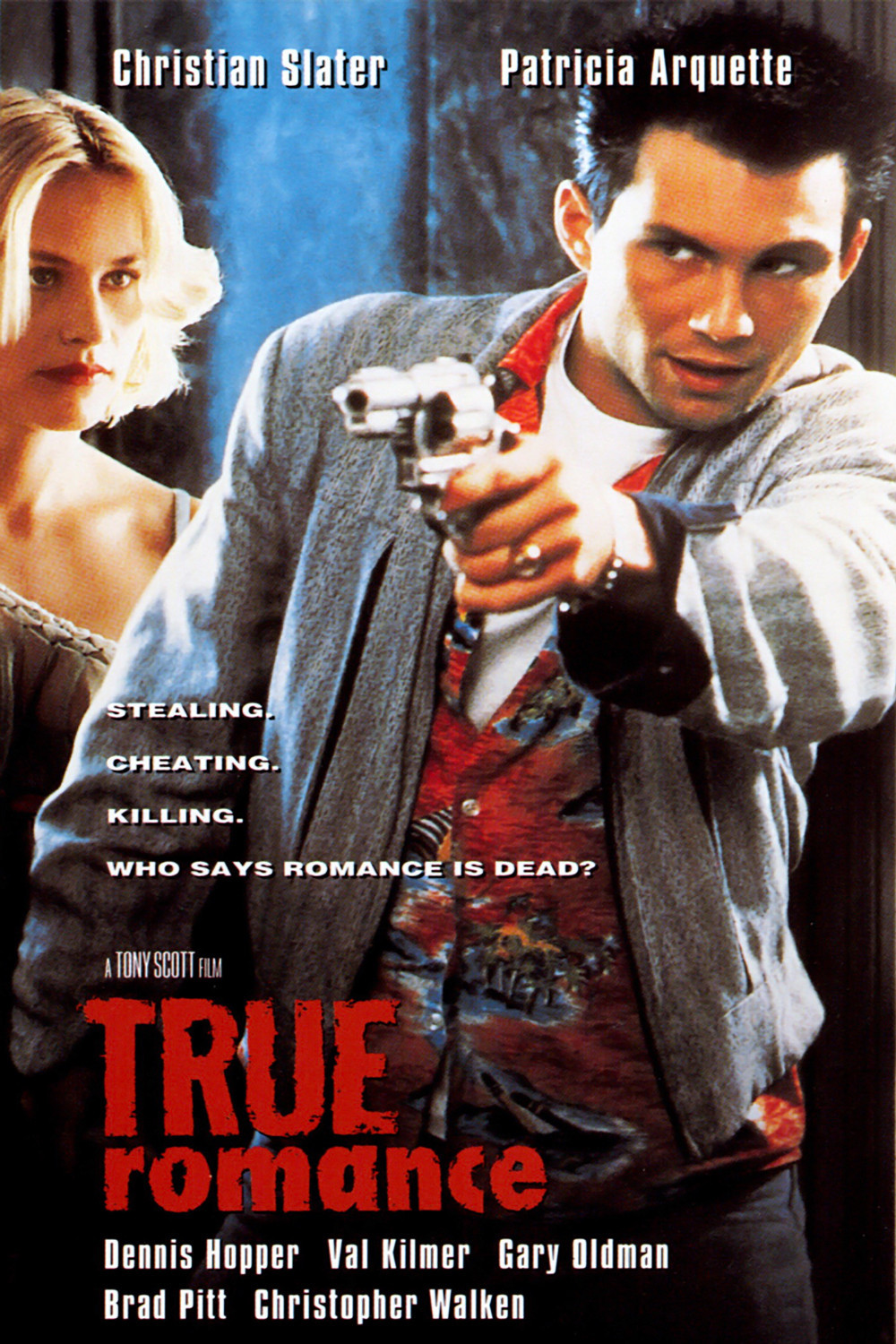 Plot outline:
Set in Detroit, “True Romance” is about a lonely comic book store employee named Clarence (Christian Slater) who meets up with a clumsy hottie named Alabama (Patricia Arquette) at a Sonny Chiba triple feature. Only after a night of hot sex does Clarence learn that Alabama is a hooker, paid by Clarence’s boss to give him some fun. They both realize their connection is more than hooker-john, and the two decide to get married. Clarence then confronts Alabama’s pimp, Drexl (a hilarious Gary Oldman), to tell him that Alabama is done tricking. Things don’t go smoothly; Clarence winds up killing Drexl, and instead of taking her luggage, Clarence inadvertently swipes a suitcase full of uncut cocaine.

Knowing that they have to get out of town as soon as possible, Clarence and Alabama head for Los Angeles, hoping that Dick Ritchie (Michael Rappaport), an old high school classmate of Clarence’s and aspiring actor, can help them find someone who will buy the coke at a deep discount. The problem comes when the hired goons of local drug lord Blue Lou Boyle (just a name, no actor was assigned the role), the owner of the coke, come to reclaim their boss’ product. [source: David Medsker, bullz-eye.com]